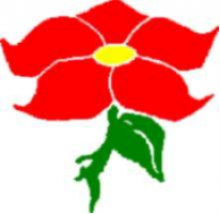 We are against military action and any kind of sanction that has life threatening consequences for the people in Iran. Our opposition to sanction and the US policy toward Iran is from our position of opposing the Islamic Republic regime.

Continuation of uranium enrichment by the Islamic Republic has made the Security Council of the United Nations to impose sanction on our country. Implementation of widespread sanction against our country will have irreparable consequences. To gain the international confidence, the Islamic Republic must stop uranium enrichment and comply with the Security Council demands.

Whilst clearly recognizing Iran’s right to have access to peaceful nuclear technology, we demand a transparent nuclear program policy by the Islamic Republic by allowing full observation and inspection of the International Atomic Energy Agency (IAEA).

Not only among the people of Iran, but also among the people of the United States of America, there is significant support for easing the tension between Iran and the international community and a peaceful solution to the nuclear crisis. With regard to regional crisis and Iran’s nuclear crisis, the current government of the United States and its influential neoconservatives do not want to rule out the military option off the table. In confrontation with Iran, they pursue their hegemonic interests by dual strategy of war and diplomacy. Complying or not complying with the IAEA demand in halting uranium enrichment activities by the Islamic Republic can weaken and neutralize or reinforce this strategy. By winking at patriotic and peace loving forces’ frequent bewares, the Islamic Republic of Iran has pursued a policy that has paved the way for the actions of warmongers in the Bush administration and has been noxious to the people of Iran.

We are against military action and any kind of sanction that has life threatening consequences for the people in Iran. Our opposition to sanction and the US policy toward Iran is from our position of opposing the Islamic Republic regime.

We are against any kind of fundamentalism and also hegemonic attempts by the Islamic Republic in the region.

We ask all international institutions and governments to support our people’s struggles for democracy.

We are against any activity beyond political support and alternative building by foreign forces.